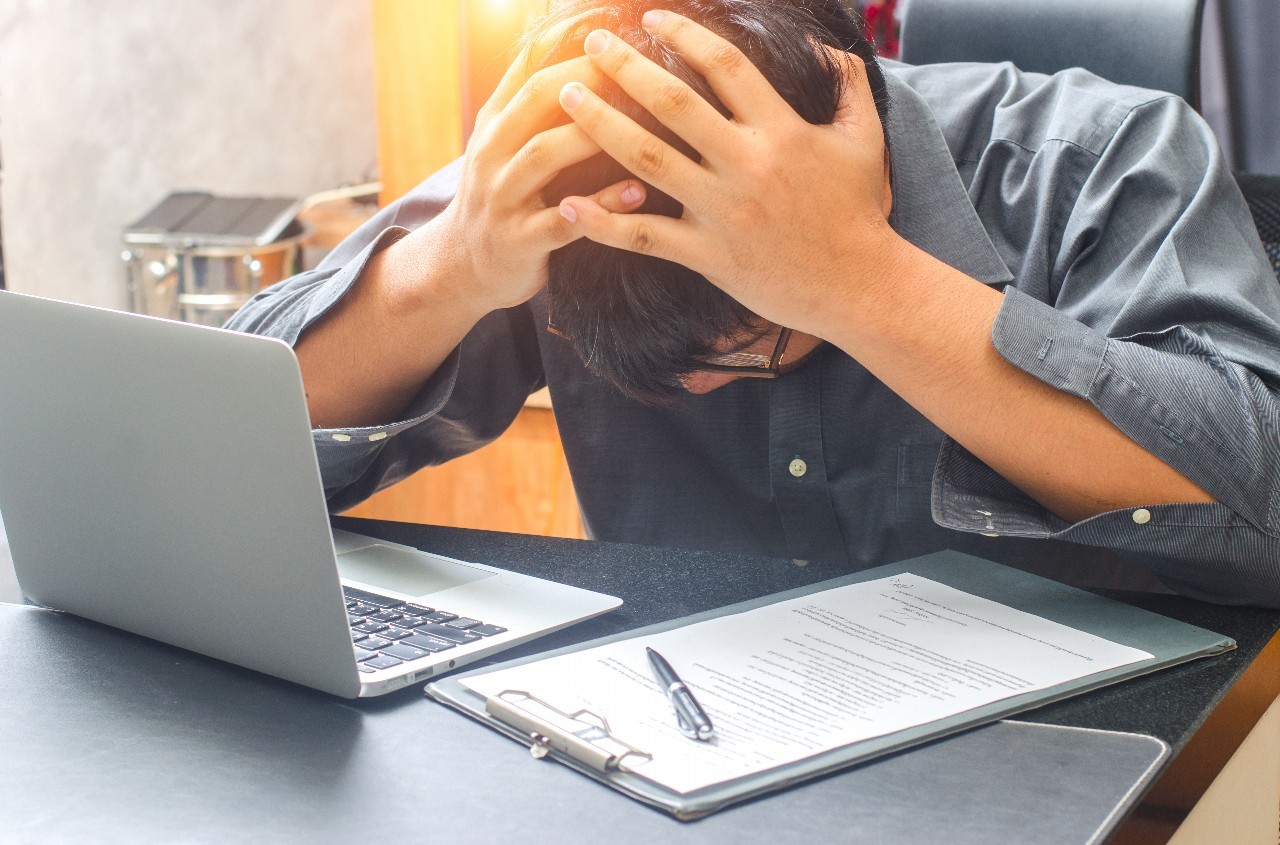 Last month, my cousin sent me a message with the words “idk”. I was confused. I had seen it on several chat messages but I didn’t understand the words.

I asked her what it meant and she said: “I don’t know”.

I replied, “what do you mean you don’t know? You literally just sent me this message!”.

She typed “lol” with a laughing emoticon and said, “exactly. I don’t know”

It hit me. “idk” means “I don’t know.” Slangs and bad grammar are the new normal. Thanks to social media, people are too lazy to type complete sentences. The standard of spelling and grammar has taken a nose dive. Acronyms, random typos and “cool” memes are all over the internet.

Disruptive Communications conducted a UK study on factors that damage a consumer’s view of a brand. The study revealed that poor spelling and grammar mistakes were the primary reason for a damaged brand reputation.

Another survey by Global Lingo found that 59% of the respondents would not use a company that had spelling or grammar errors on their marketing materials or website content.

NYU Professor, Panos Ipeirotis conducted his own study. He noticed that demand for hotel rooms on TripAdvisor increased when the reviews were free of grammar and spelling mistakes. Similar to Amazon, where revenue increased after they fixed spelling errors in customer reviews.

Grammar and good spelling matter. You can’t afford to ignore grammar errors if you want your prospects to take you seriously.  Bad spelling affects your online credibility. It detracts from an amazing product.

Customers will doubt the credibility of your product if you don’t proofread your content. Investing in an editor or copywriter with editing skills is not a luxury. It’s a necessity.

Grammar Mistakes to Avoid in Copywriting

Contents hide
1 Grammar Mistakes to Avoid in Copywriting
1.1 Defiantly – Definitely
2 Affect/Effect
2.1 Misusing There and Here
3 Confusing “you’re” and “your”
4 Who and Whom
5 Its and It’s
6 Lose and loose
7 That vs Who
8 Less vs Fewer
9 Starting a sentence with “me” and ending a sentence with “I”
10 Overusing apostrophes
11 The dangling participle
12 Incorrect use of semicolons and colons
13 Complement vs Compliment
14 Specially and Especially

This could either be a general confusion or the advent of predictive text. It is a common spelling mistake you should avoid. Stan Carey says that most people on Twitter use “defiantly” in place of “definitely”.

“Effect” is commonly interchanged for “affect”.

Misusing There and Here

When writing a web copy, your subjects and verbs must agree. It helps to clarify your sentences.

The subject, “lots of tools” is plural and the verb “here’s” is singular. The sentence needs a plural verb for uniformity.

If you’re feeling confused, avoid these sentences in your writing altogether.  Sentences with “here are”, “there is” and “there are” are expletive constructions that serve a function but don’t have meaning.

Confusing “you’re” and “your”

The muddling of your and you’re is one of the oldest grammar mistakes.

Your is a possessive while You’re is a contraction.

If the word “are” doesn’t belong in the sentence, don’t use it. There are similar errors. Such as the correct use of “They’re, There and Their”. “They’re” is also a contradiction of “they” and “are”. “Their” is a possessive.

There is something in front of the door

They’re looking for the payment vouchers

Their mum is a generous woman

They won’t ask Jack any questions without his attorney in the room.

The misuse of “whom” is a frequent error in many conversations. It mostly happens when a phrase intervenes between the pronoun and its subject.

Sentences that include “in my opinion”, “according to” and other related phrases are where the problems lie. Do not substitute “whom” for “who” when nothing is between it and its verb.

Without Grammarly checking my content for errors, I would fall prey to this grammar mistake every time. This tiny apostrophe makes all the difference. “Its” is used for a possessive pronoun. “It’s” is used to contradict the term “it is”.

Usually, Microsoft Word spell check lets me know when am wrong. A simple trick is to say it out loud using “it is”. You don’t need one if it doesn’t make sense with the apostrophe.

Lose is the opposite of win. Loose means not tightly fixed or to set free.  It becomes a grammar error when you use “lose” in a sentence instead of “loose”.

When I was preparing to take a UK English test, one of the lesson notes focused on the correct use of “that” and “who”. Use “who” when you’re writing about people and “that” for inanimate objects.

It is wrong to start a sentence with “Me”. For instance, saying

It also applies to end a sentence with “I”.

Usually, an apostrophe indicates possessions or missing letters. For instance, using “it’s” in place of “it is” or “they’re” in place of “they are”. Sometimes, people use an apostrophe in their name. Such as, “The Coker’s” instead of “The Cokers.” This is the correct way to describe a family without mentioning individual names.

The 60s was the time of Rock and Roll

The Johnsons will join us for dinner

The dangling participle damages the flow of your writing and makes it difficult for the reader to understand the sentence.

Eeeessshhhhh……who wants a rotten orange? Anybody?

The participial phrase that begins the sentence is the wrong modifier for what follows next. The opening phrase should modify what follows or you have a dangling participle that confuses your readers. Restructuring the sentence makes it clear which word(s) the modifier describes.

Incorrect use of semicolons and colons

When writing, use semicolons to join ideas or parts of a sentence that has an equal rank or position. Ideally, these parts should be able to stand on their own. Colons are used to introduce a list, a noun phrase or noun. Colons are also used to separate independent clauses when the second explains the first.

I went to see Jeremy today; he gave me some grapes, apples and a banana.

There are three types of wood: oak, cherry and walnut.

I have assigned three officers to your team: Kelly, Jason and Mitchell.

Complement supplements or adds to something else. A compliment is saying something nice about a person.

These two words sound the same so it’s easy to see why you might make a grammar mistake.

Especially means particularly, primarily or mostly. It is an adverb that singles out one thing or a person over all others.

Specially means something designed for a specific person or purpose

As a rule of thumb, avoid grammar mistakes in your content. It helps you stand above the fold and raise the credibility of your company. Your best move? Hire an editor or an experienced copywriter who is well-versed in creating and editing content for your target audience. 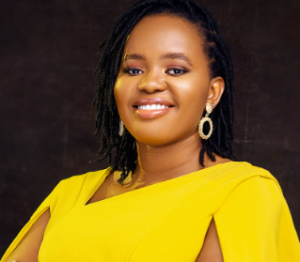 Don’t miss out on latest updates, subscribe to our newsletter

Want to become the No.1 in your industry? Learn How to Build Authority With Topic Clusters 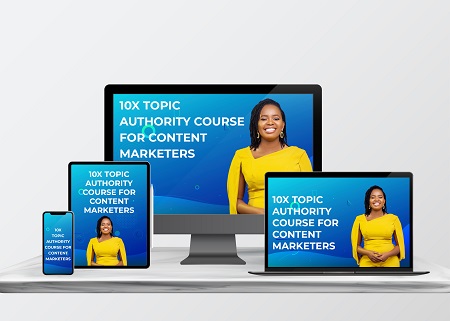 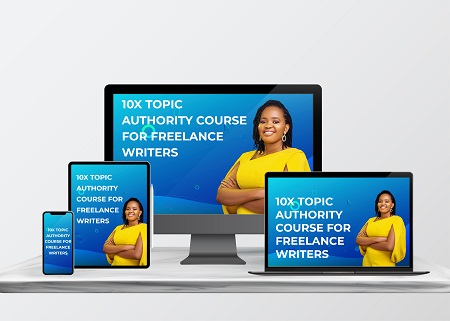